Miller Manufacturing is proud to have been a part of the 2021 Cornbelt 150 Truck Race in Knoxville, Iowa. Dennis Frandsen, owner of Miller Manufacturing and CEO and Chairman of the Board of the Frandsen Corporation, developed his passion for dirt-track racing as a young man in the early 1950s. He became a local champion in his 1934 five-window Ford coupe with a flathead V-8 engine which eventually led him to getting to know Donny Schatz. In continuing his love for racing, Dennis made the decision to sponsor 10-time World of Outlaws (WoO) champion Donny Schatz while he made his NASCAR Camping World Truck Series debut with David Gilliland Racing in Knoxville, Iowa. Donny had a solid first outing, running in the Top-10 before being collected in a multi-truck accident in the late stages of the event to be scored P32. 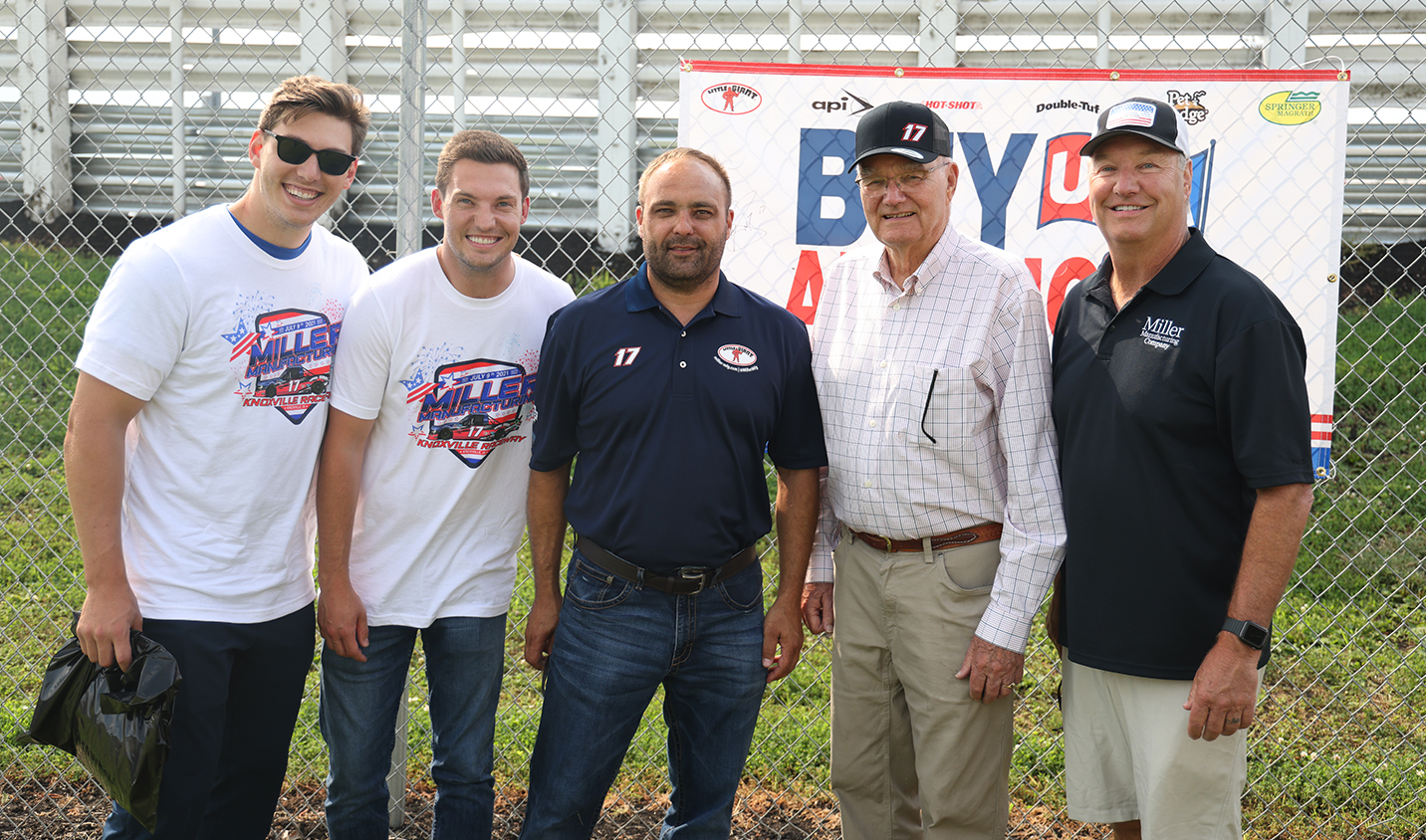 As a thank you to the hardworking employees, Miller Manufacturing accompanied employees and their guests to watch the action as Donny Schatz proudly piloted the Little Giant® Ford-F150. “I brought my 9-year-old son along as my guest” Justin Peterson, Production Supervisor, said. “It was his first race experience, and he had a great time!”

Guests were able to spend time with Donny Schatz, have their memorabilia autographed, and connect with their colleagues. “My favorite part was getting to meet some of the employees from our sister companies” Jeremy Bolling, Production Supervisor, said. “It was an awesome group and I think we all had fun.” 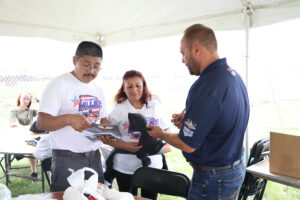 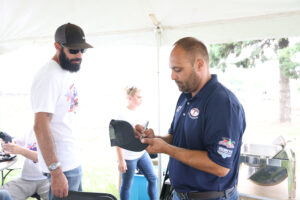 For over 80 years, Miller Manufacturing has prided itself on the culture created for all employees and recognizes hard work. “The best part was hanging out with Miller staff and getting to know them better” Dan Ferrise, CEO of Miller Manufacturing said. “It was a great chance to share a meal and say thanks for a job well done.” 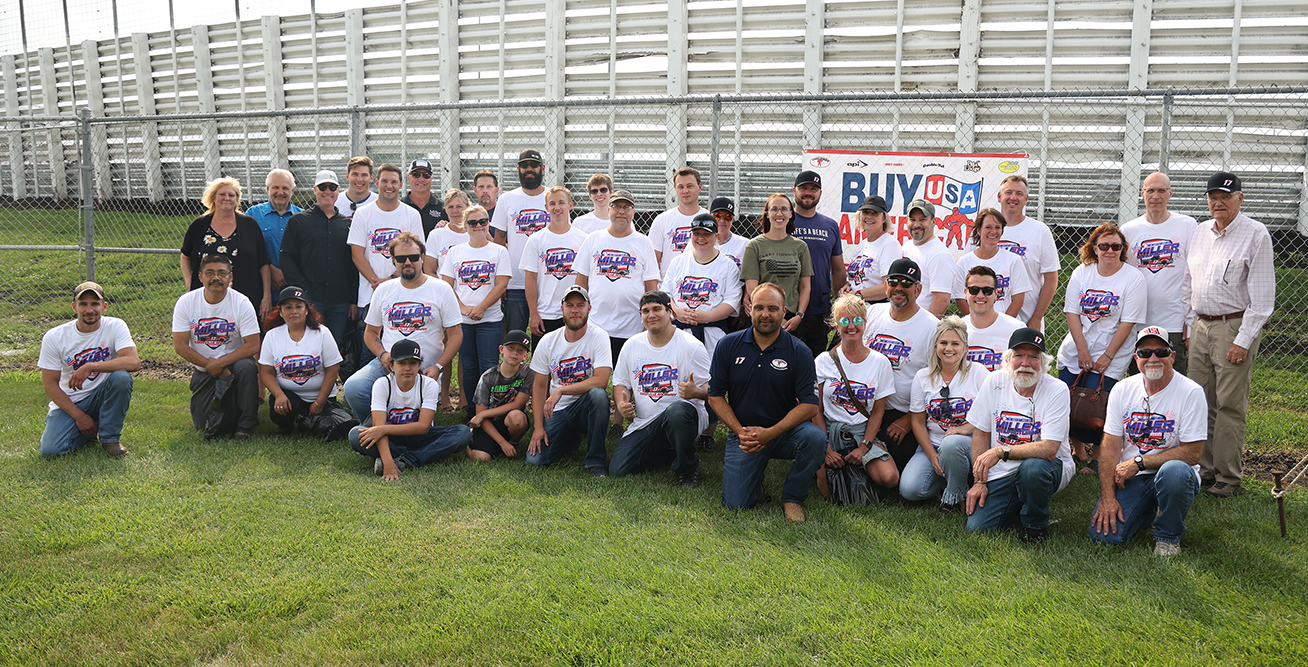 This opportunity allowed us to highlight individuals who have positively impacted Miller Manufacturing as a company and build relationships with one another. “Every time we do something like this it gives us a great opportunity to spend some time socially with Miller team members” Ferrise said. “It speaks to our Fundamentals (1 of the 26 Fundamentals Miller strives to achieve), especially #7 Invest in Relationships. I learned more about many of the employees that I likely never would have had the chance to speak do during the normal course of our work.”

Check out this video created by @DonnySchatz‘s team @TonyStewart_Rcg highlighting the time spent with our company and guests!