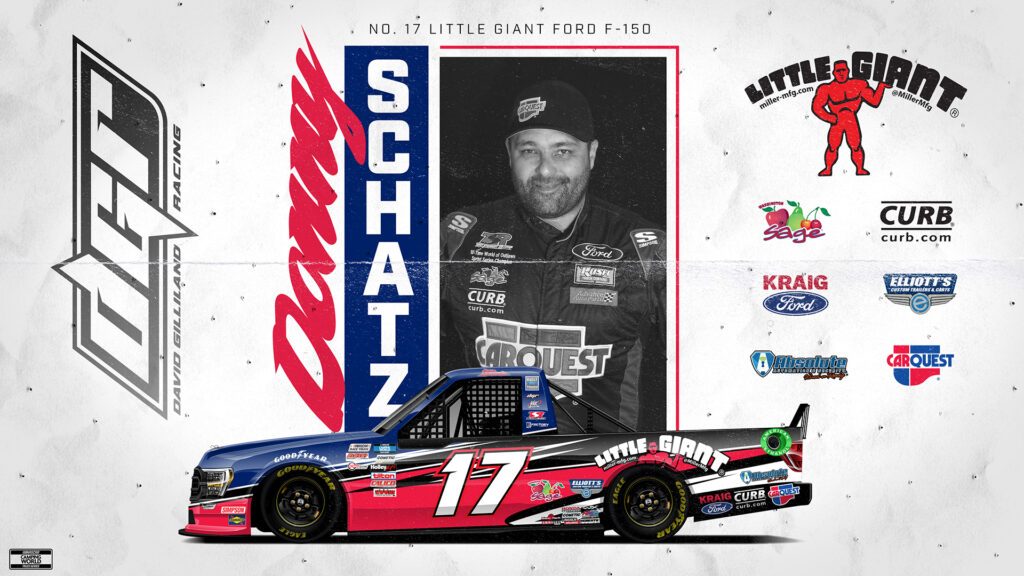 Dennis Frandsen, owner of Miller Manufacturing and CEO and Chairman of the Board of the Frandsen Corporation, developed his passion for dirt-track racing as a young man in the early 1950s. He and a group of other young enthusiasts bought old pre-World War II automobiles—1930s vintage—and tore them apart and made them into race cars. They raced at small-town speedways throughout east-central Minnesota and northwest Wisconsin.

Dennis became a local champion with his 1934 five-window Ford coupe with a flathead V-8 engine. Dennis never lost that love for dirt-track racing and became a fan of World of Outlaws spring-car racing. In 2015, Dennis learned of an opportunity to purchase one of Schatz’s retired sprint cars, and in turn got to know Donny Schatz. Dennis and his wife, Jeanette, donated the retired car to a private auto museum in Palm Desert, California. Today, Dennis continues his love of dirt-track racing by sponsoring Donny Schatz’s Ford F -150 highlighting the Little Giant® brand for the July 9 race in Knoxville, Iowa.

“We are so excited to partner with Donny Schatz and David Gilliland Racing for our first NASCAR experience,” said Frandsen. “Miller Manufacturing continues to expand its US based manufacturing to support its hard-working customers in the farm, pet, and ranch markets. Donny’s Midwestern roots embody the values of our customers and our team at Miller Manufacturing. We look forward to cheering him on at the NASCAR Camping World Truck Series event on July 8-9 in Knoxville, Iowa.”

“Dennis (Frandsen) and many of his team have been friends of my family and supporters of our racing programs for many years” said Schatz. “It’s a privilege to work with them on this event and I’m really excited to see our relationship come full circle. I’m also thrilled to have Carquest, Kraig Ford, Absolute Automation, Curb-Agajanian, Sage Fruit and Elliott’s Custom Carts and Trailers as part of our team for this event as well. It’s really exciting to be able to bring them along for this experience.”